I have this setup that is doing next to nothing. I have one task per direction (bridgeToRadio and radioToBridge) so that I can block while I’m waiting for data to come in.

My ISR uses xStreamBufferSendFromISR() minding the xHigherPriorityTaskWoken return result per FreeRTOS documentation. My highest priority task (bridgeToRadio) is blocking on xStreamBufferReceive with portMAX_DELAY. I’m expecting that the ISR will exit and return to the highest priority task that was previously blocked. However the time it takes is between 300us to 6000us as seen on my Oscilloscope for received data to be transmitted. All of the other tasks spend most of there time blocked on a vTaskDelay() or vTaskDelayUntil(). The concern is not so much the 6000us delay but more that some data is re-transmitted then it appears that a context switches ares happening (because the StreamBuffer has been emptied and the task is blocking again). My impression from the xStreamBufferSendFromISR() documentation is that my high priority task should be getting all the attention as long as there is data in the StreamBuffer.

I have one simple question, is my understanding correct here that my high task should run as long as there is data in the StreamBuffer? 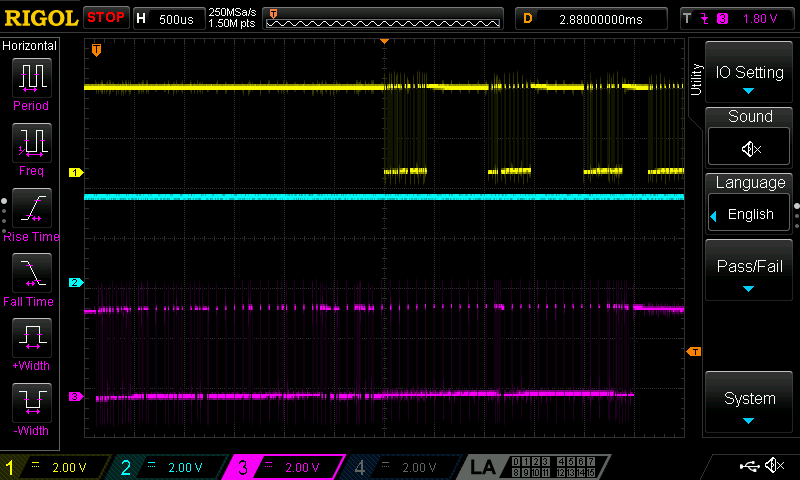 @JacobApium, before answering, would you mind to post two pieces of code: both the ISR and the highest-priority task were it calls xStreamBufferReceive()?
Thank you

I have one simple question, is my understanding correct here that my high task should run as long as there is data in the StreamBuffer?

Yes - as long as your ISR is not running, the highest priority ready task should be running.

some data is re-transmitted then it appears that a context switches ares happening (because the StreamBuffer has been emptied and the task is blocking again).

This description is not clear. Would you please elaborate. Also, please post code snippets as suggested by Hein.

Thanks both… I’ll work on paring the code down so that it is easily digestible and shareable. Its littered with DMA and custom fifo’s and serial classes. I may even solve this on my own in the process.

I’m getting closer. The big issue seems to be that the previous dev turned on the USART Rx DMA. The DMA had to fill up before the interrupt would fire and the packet length being transmitted is not an integer multiple of the DMA buffer so some beating was occurring (this was causing the 300us-6000us delay). The timing is very consistent now at 380us.

Here is an updated trace. It appears that I’m dropping data because the cyan trace should match the pink trace (but there is less data there). I hate it when this happens but I think I need to read the datasheet to better understand the STM32 USARTS work. 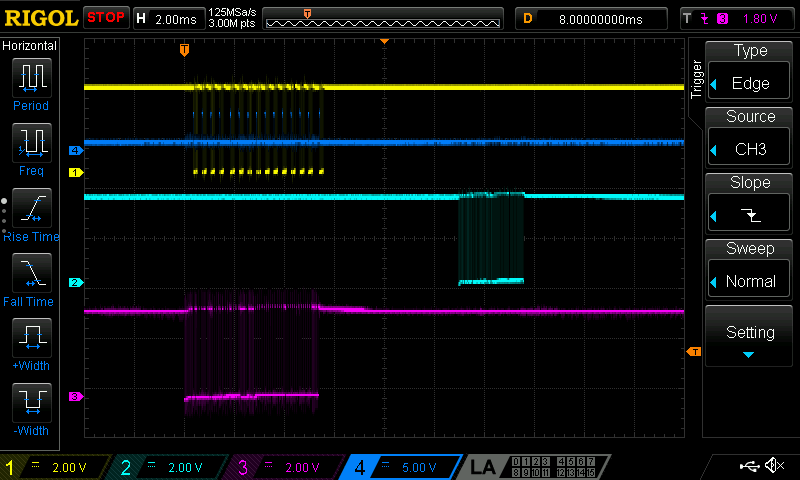 Resolved it. It seems that the major issue was the Rx DMA buffer size beating against the packet size. I think the lost data from the last post was a baud rate mis-configuration on one of the ports. 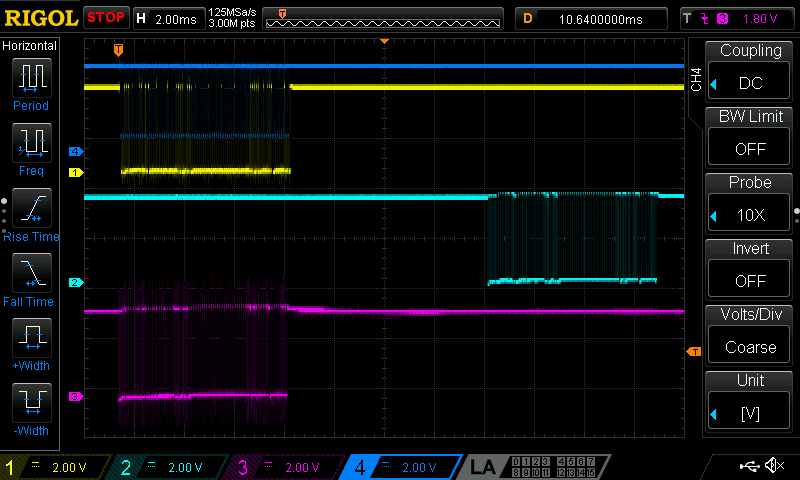 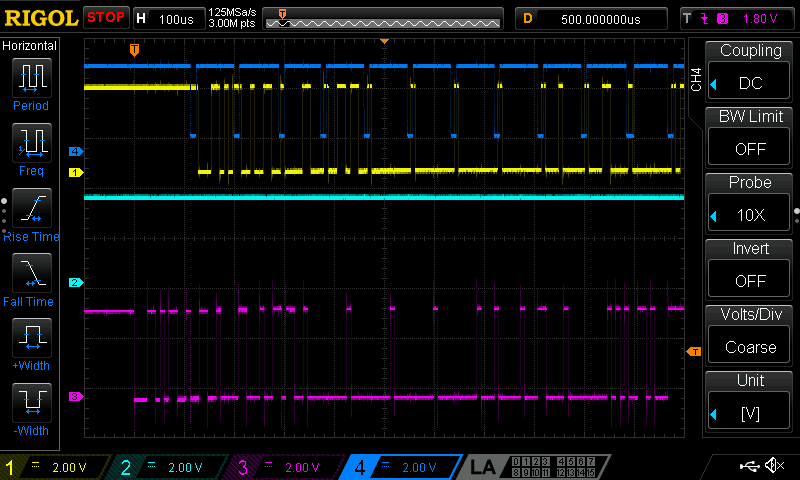 Thanks for taking the time to report back.