vTaskDelete function maybe have some problem 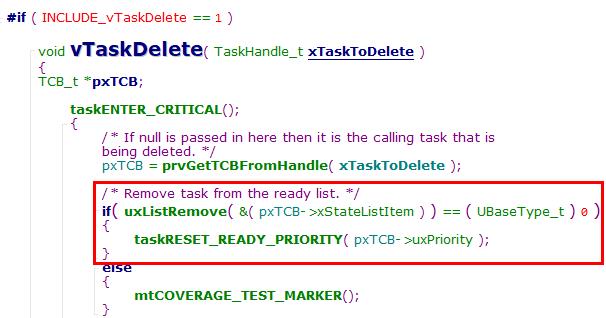 The name of this macrro is a bit misleading - As mentioned in the definition of the taskRESET_READY_PRIORITY, the actual priority reset is done only if the task being deleted is on the ready list.

Thanks very much for your help