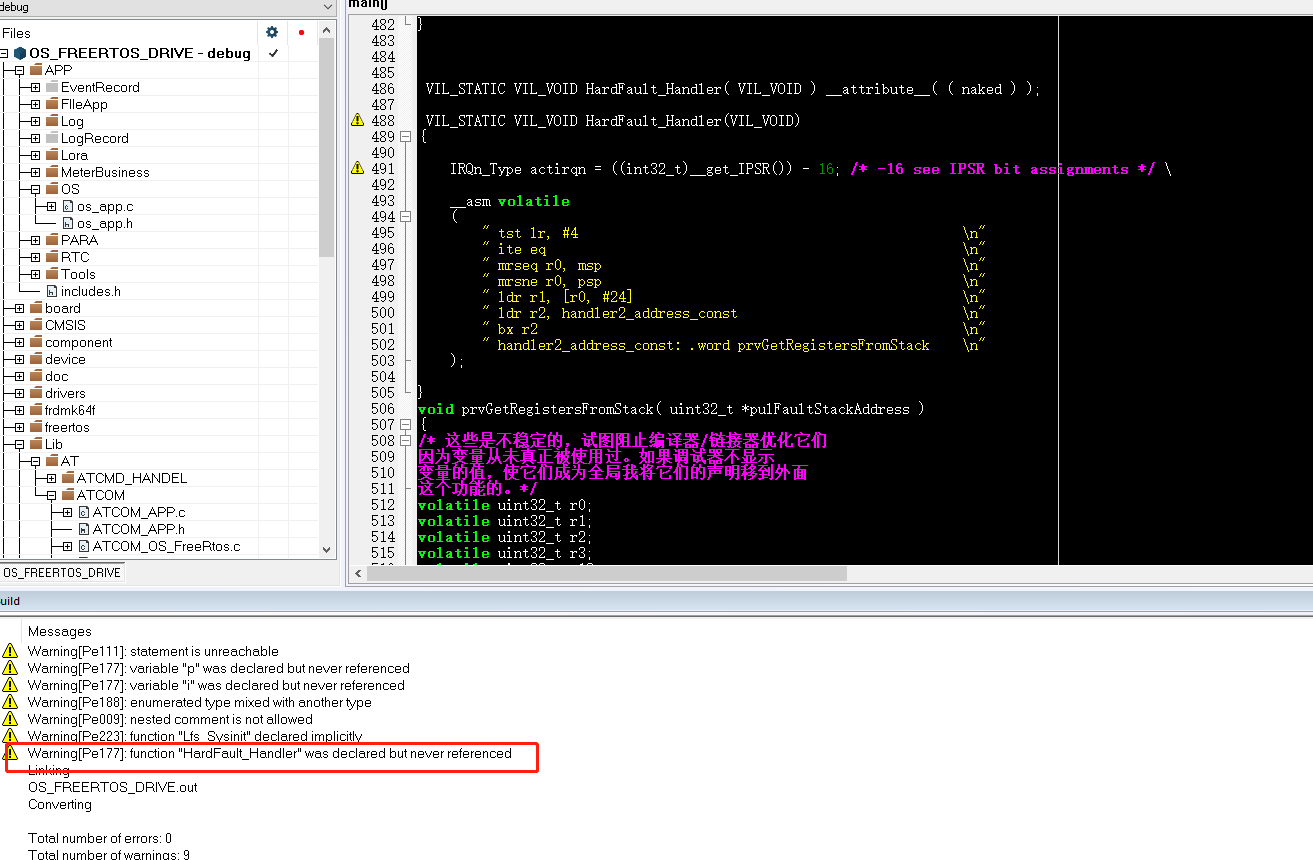 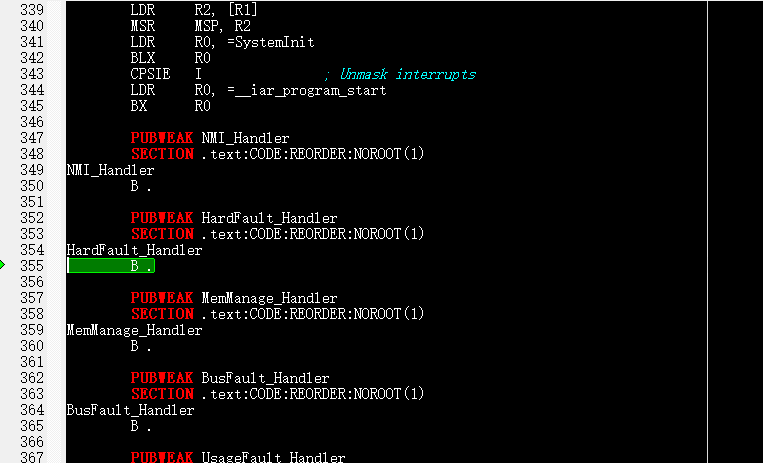 Are you asking why the hardfault handler you show in the top image is not the handler entered when a hard fault occurs? If so, then that is really a tools or C question rather than a FreeRTOS question. It might be because the handler in the top image is declared static, so it is not visisble from the assembly file shown in the second image.

Thank you. The problem has been solved