Does FreeRTOS support dual core?
I mean is it possible to switch tasks between two cores or assign tasks to one or another core?
Sorry I was not able to find anything within the FreeRTOS manual, but at the same time I was told that FreeRTOS does support dual core communication

FreeRTOS, in its official release, is a single core system. It can be used in an ‘asymmetric’ manner on a multicore system, where a separate copy runs on each core, and using user-level interactions to send messages between cores.

There are some ‘unofficial’ ports to handle multi-core systems in a symmetric manner, where there is one copy of FreeRTOS and tasks on the two cores can interact fairly freely (and I think tasks can move from core to core). These ports do need somewhat significant changes to how some things operate internally in FreeRTOS, as multicore system have a bunch of additional issues they need to deal with. 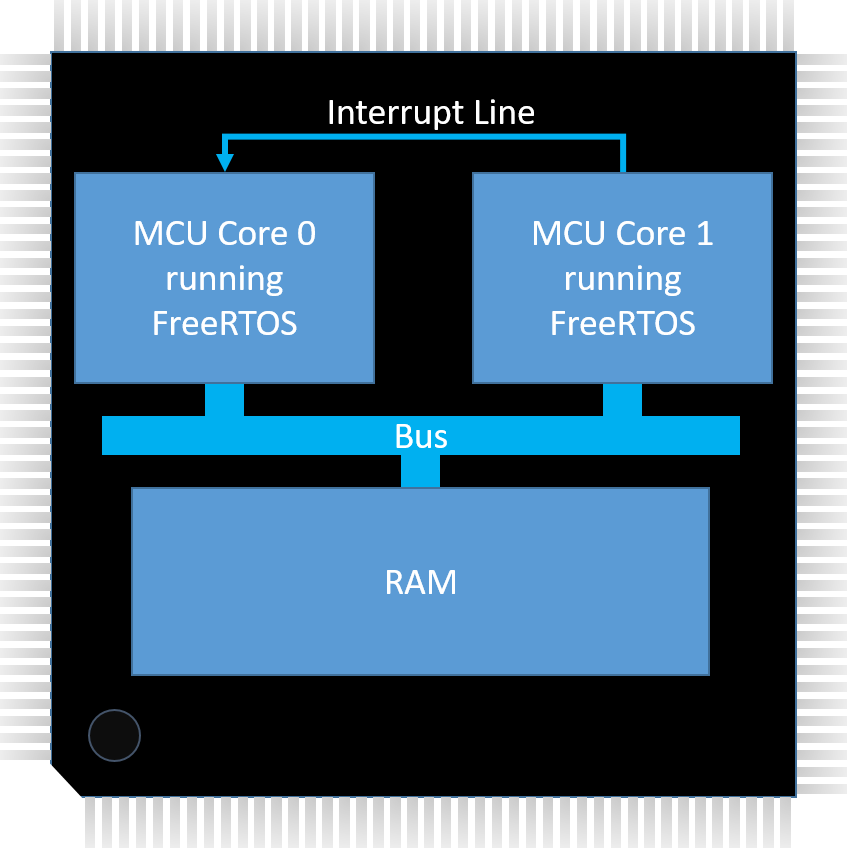 [The STM32H745I demo in the FreeRTOS download provides a worked example of the control buffer scheme described below.] In this post I describe how to implement a basic and light weight core to core communication scheme using FreeRTOS Message Buffers,...

Yes, that article points out that Message Buffers can be used between two instances of FreeRTOS running in a Asymmetrical MultiProcessor configuration.

thank you, ill look into it

Hi there,
I am currently developing a project where I would like to keep CMSIS-RTOS portability and interface compatibility.
This is probably a “little” late question: But since only queues are available throught the CMSIS-RTOS(correct me if I am wrong) would it be possible to implement a Queue based IPC for AMP communicaton method instead?
What could be the problems ? Should I still send an interrupt to the receiving Core?
Many thanks!

I don’t think CMSIS-RTOS was designed for dual-core AMP configurations (and maybe not SMP as well), Note the Stream-Buffer for inter-core limitation is a Dual-AMP limitation only (as I remember), the SMP versions allow for cross core semaphores and queue (as the RTOS is naturally cross core in SMP).

Thank you very much for your prompt reply @richard-damon